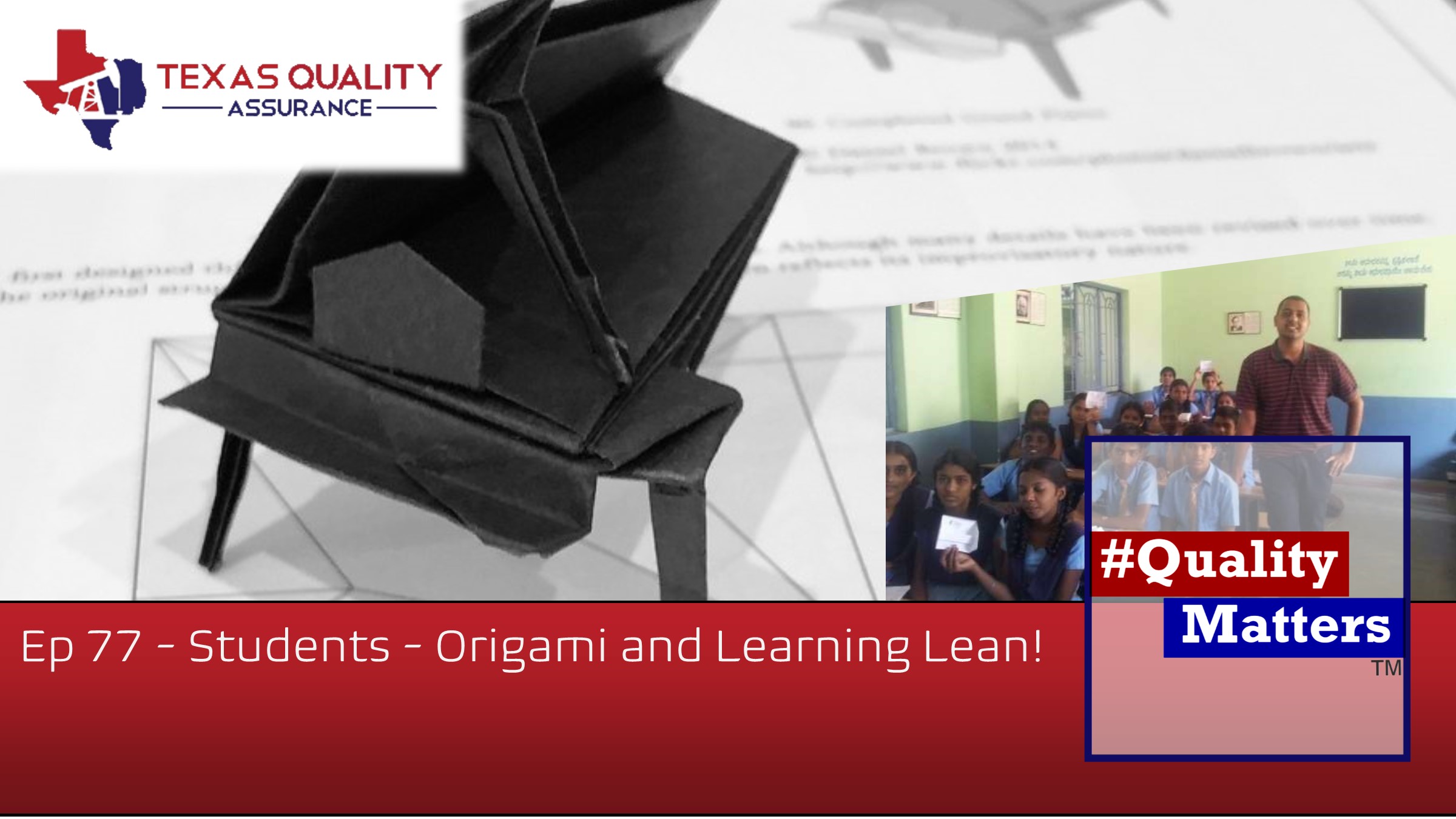 The world of quality management, processes, and improvements often seems overwhelming.  It is a fact that children adapt to new ideas better than grown-ups.  It is best to teach children a second language when they are very young because they are more likely to catch on quicker.  So, why not start introducing teens to quality?

Sunil Kaushik is a Six Sigma trainer and wanted to introduce the concepts to students aged 10-23.  In the beginning, he had difficulty because the concepts were boring and difficult.  This led to poor test scores, an average of 55 percent, and the school staff was not seeing the value in the course.  Kaushik was introduced to Origami and thought he might could use it to introduce Six Sigma concepts to the students.  The students were divided into teams and given a procedure sheet to make a paper boat.  A customer was going to purchase boats at $10 per boat and the students’ cost was $1 per boat.  The caveat was that the customer would only buy 10 boats and he would buy them as they were ready, not necessarily from the same team.  This led to all teams making too many boats and taking a loss on their production, even if they did sell some.  So, Kaushik gave the teams a second procedure sheet for a piano, with the same customer requirements.  In this trial, the students had the amount of time each step should take, so they decided who on the team would complete each step and timed them.  This allowed each team to see how long it would take them to make a piano, watch the other teams, and determine if it was cost beneficial to start on another piano.  This time around, there as much less loss among the teams.  Students were introduced to value stream mapping, kaizen, and mistake proofing.  Kaushik’s process worked.  The assessment showed that 29 of the 36 students scored 90% or higher.  All students scored above a 73%.  Anytime you are introducing a new concept, it is wise to think out of the box. 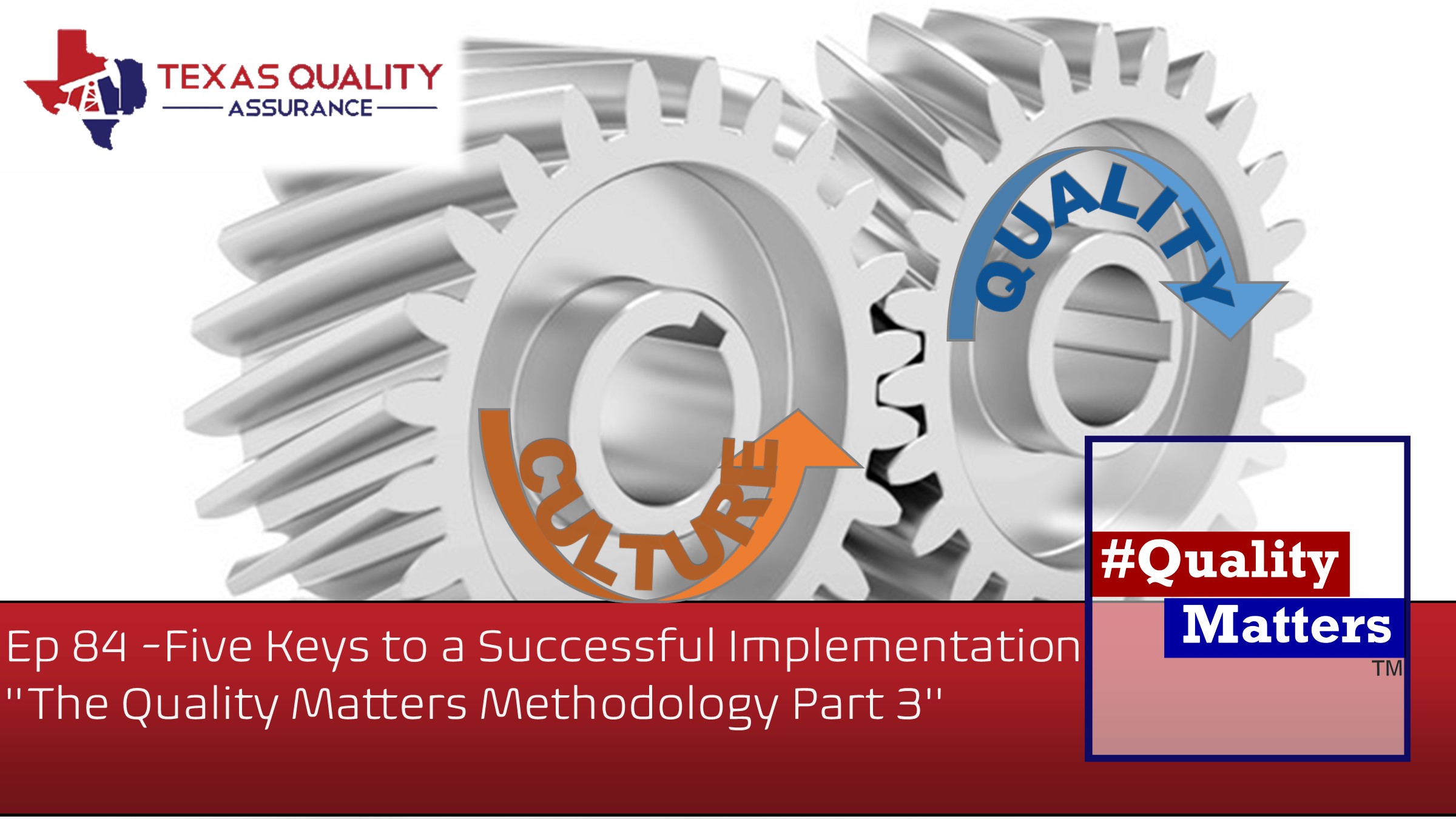 Originally the “Five Keys to a Successful Implementation” centered on implementing a software solution. But as we continued to dig deep into this idea, it soon became evident that these 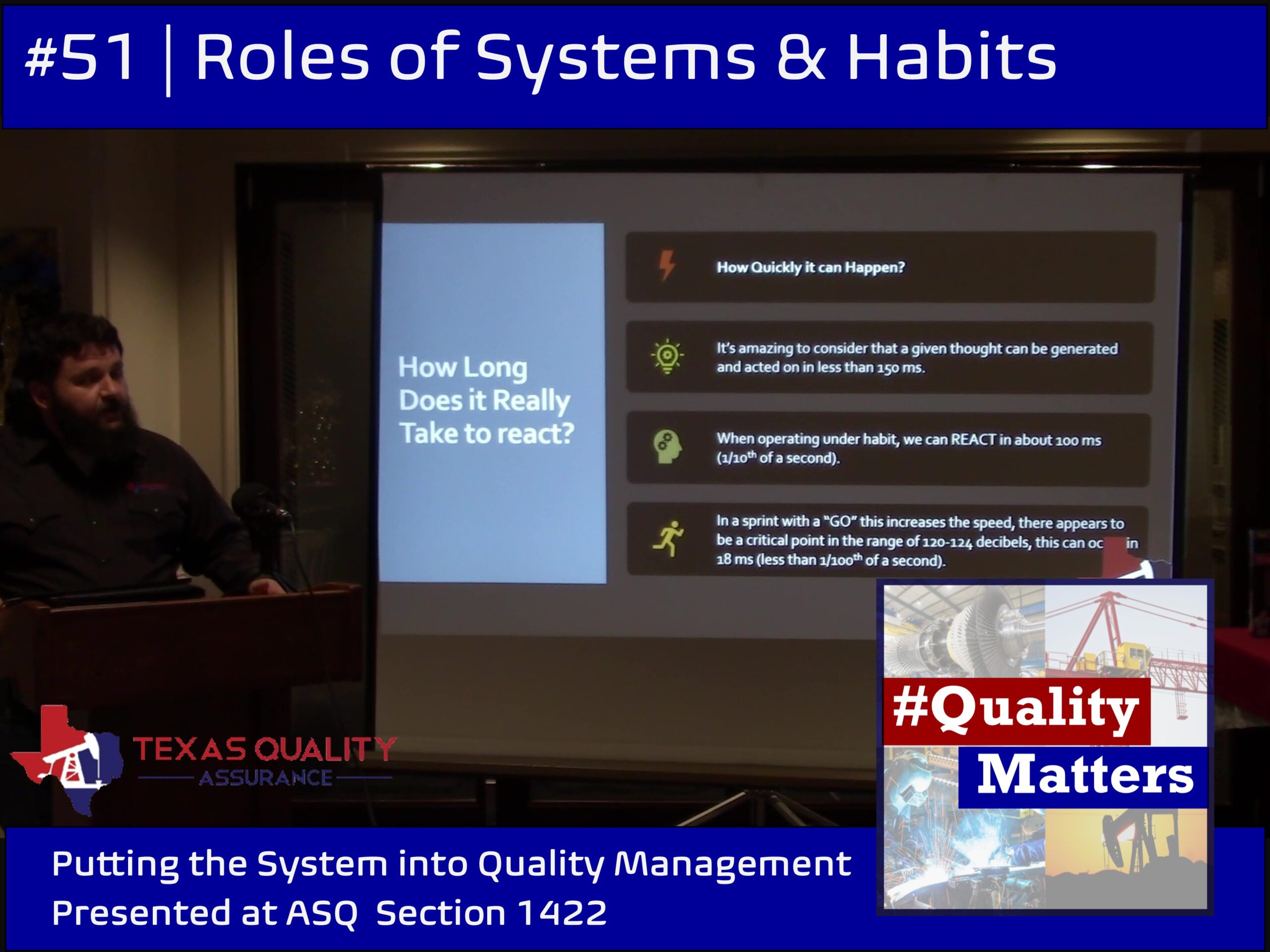 This week’s episode is from a presentation given by Kyle Chambers at the ASQ 1422 Christmas dinner. We all know QMS stands for Quality Management System, but we far too 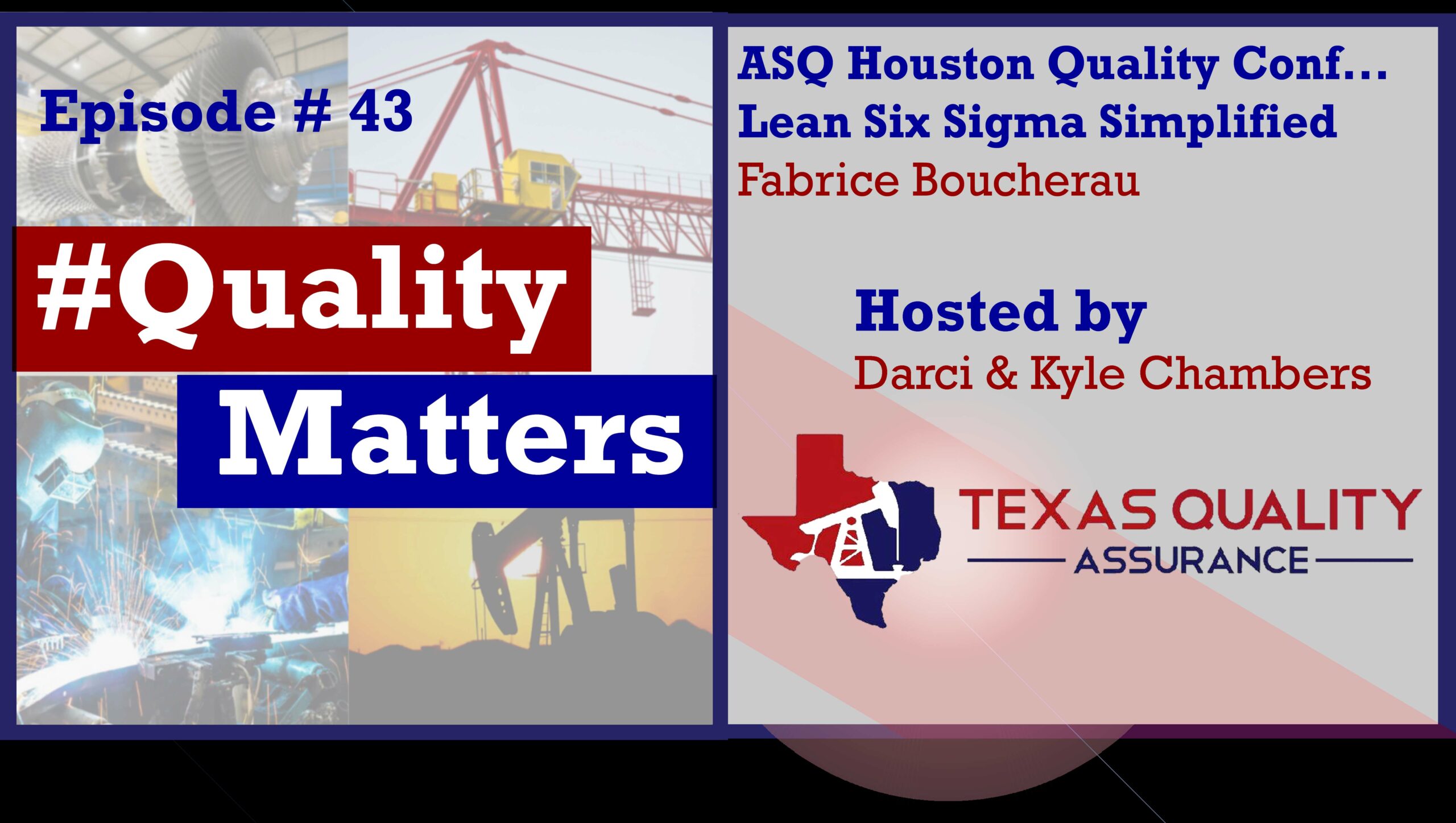 Job Shops, Lean Six Sigma, Quality and why these are dirty words, and should not be. Perhaps, the problem is in our daily lives, we have “Certification Projects” instead of